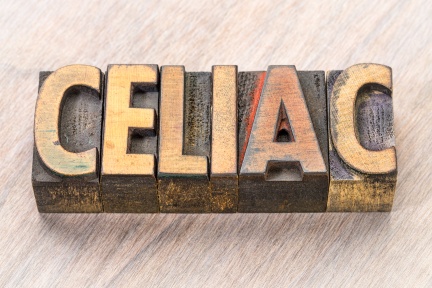 My daughter Andi was diagnosed with Celiac Disease, an autoimmune disease, just before her 18th birthday. This diagnosis was a long-time coming. Andi had suffered from migraines since she was 9-years-old. They were so bad that she was hospitalized several times. She broke her elbow the first of three times when she was 10. She broke several other bones over the years doing things that would only cause a bruise on someone else. She suffered from joint pain since she was about 9, something we attributed to playing soccer. She was the only 14-year-old I knew who got croup several times a year. Sinus infections were a normal part of life since she was about 6-years-old. Andi’s iron and vitamin D levels were extremely low her entire life requiring her to take supplements, which didn’t seem to increase her counts. She just got used to being tired and anxious all the time. We saw neurologists, ear nose and throat doctors, allergists, orthopedics, etc… Every healthcare provider treated each symptom individually.

A little more than two years ago, the stomach issues started. She was vomiting a lot. I would take her to the doctor, she would say it’s a viral infection and Andi would barely eat because her stomach hurt. She would start to feel better so she would start eating normal again which would result in puking again. We would go back to the doctor to be told the same thing (I don’t blame them, none of us knew what to think at first). The doctor ordered x-rays and a multitude of blood tests. Other than confirming that she had low iron and vitamin D we still didn’t have answers. This vicious cycle went on for nearly six months causing Andi to miss at least 25 days of school her senior year.

Finally the doctor decided to test for Celiac. I was skeptical but desperate so I gave the go ahead. I thought she would have suffered stomach issues her whole life if it was Celiac. I also didn’t realize that all of the health issues she had dealt with her over the years were symptoms of this autoimmune disease. Another blood test was ordered to specifically test for Celiac, known as tTg-IgA and sure enough it was positive. In fact, her numbers were one of the highest her doctor had ever seen. Next they scheduled an endoscopy with Gastroenterology so they could confirm the Celiac diagnosis and see how much damage had been done. The diagnosis was confirmed and we were told that every time she ingests gluten her chances for stomach cancer increase.

From that day forward we started her gluten-free journey. It required a LOT of education. Gluten is a protein found in barley, rye, oats, and wheat (BROW). You would think these four ingredients would be easy to avoid but as we learned, they are in EVERYTHING. We have to read the label on every single thing we bring into our home. Gluten often acts as a glue to hold food together. Luckily we were able to meet with a nutritionist who specializes in Celiac Disease. She gave us a lot of literature and went over everything we needed to know to get started. It’s not easy but we managed (I will write about going gluten-free in the near future).

After nearly two years of being gluten-free, Andi’s health has improved greatly. No more migraines, joint pain, broken bones, croup or just feeling blah all the time. And for the first time in her life, her iron and vitamin D levels are normal.

Follow the blog for future posts about having a daughter with Celiac and her gluten-free journey.