Four years ago, when Andi was an 8th grader scheduling for her senior year, I wrote a post called Transitioning to High School. This inspired Andi to write her own post called Andi’s Version of the High School Transition. I showed her that old post last night and she decided to write an update (I suggest reading the original first by clicking here):

Well my mom’s bloggies, I made it thru. I should have been scared when i wrote that the first time. High school was scary, I probably was scared and just lied. In general, I was afraid of the upperclassmen and what everyone would think of me. I wanted to be cool and popular, unlike myself in middle school. I tried too hard and was intimidated by other girls in my grade and the grades above me.

Beginning of junior year i realized that it didn’t matter what they thought of me and I stopped wearing makeup everyday and trying to look stylish all the time. I learned to love myself more. Now that i am the “headmaster” (as my past self called it) of the school i realize that when I was a freshman the seniors probably didn’t care about what i wore or how i looked bc I sure as heck don’t pay attention to the freshman. I also realized that nobody is going to remember that one day I went to school without makeup and greasy hair. I learned to embrace the way I look. I wish I could tell my freshman self all of these things because she’d probably poop her pants if she knew I don’t wear foundation every day to school, heck sometimes i don’t even wear makeup around the boy I like. When I think about my freshman and sophomore self I don’t hate it, I just wish she didn’t hate herself.

As far as classes go I’m still taking Spanish. I moved all the way to AP, and let me tell you, lamp is not el lampo. Spanish is definitely difficult. I stopped taking journalism after freshman year because I wanted to take other classes & it wasn’t really my forte. If you are sending your child into high school next year I definitely recommend taking regular classes & ignore the pressure for AP, ESPECIALLY regular social studies courses. AP world would be the death of your child. AP English is really no biggy as long as you already understand grammar because they don’t really teach that in AP.

Even though I was annoyed about how worried my ma was about me going to high school, I’m thankful for it because there were times I was happy I was her little princess.

Yes, I was teary eyed when Andi sent this to me last night. It shows how much she has grown, not just physically but as a person in the last four years. She’s a young woman now. She plans to major in social work at Northern Kentucky University this fall. She might even minor in Spanish… 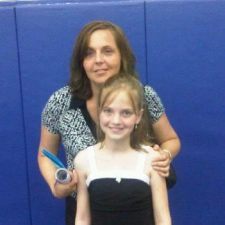 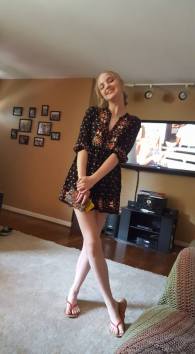 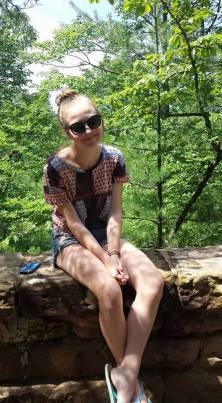 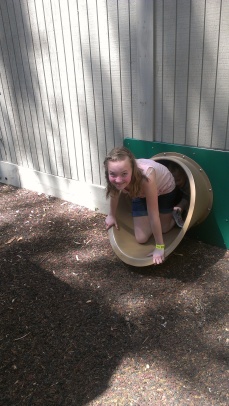 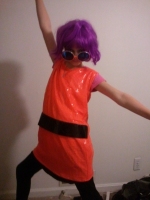 This Diva doesn’t get dirty

Okay, I admit it… this title is misleading. My daughter Andi is a senior in high school and I’m not really sure what the best way to prep for senior year is but I can tell you some of the do’s and don’ts we have learned along the way. I will say you should start preparing before freshman year even starts.

And remember, just because you and your child choose one path freshman year, doesn’t mean you have stick with it all four years. Your student will be figuring out what works best for them as they go. It’s not set in stone, just a draft to guide your student through the next four years.

Suggested Resources (click on the link to put on hold):

The Other College Guide: a Roadmap to the Right School For You

Paying for College without Going Broke

Like many people, I often feel like I need a break after the busy weekend. Most of my weekends are focused on my daughter’s soccer schedule. She plays club soccer, which includes two trainings a week and one to three games a weekend. She also plays indoor in the winter so soccer is truly year-round for us. People without children or those who have children who aren’t involved in activities and sports often ask me why I put so much time and energy into a sport. I immediately tell them that organized sports and activities promote confidence, health and teamwork.  My daughter has built friendships, learned to take direction from other adults outside the classroom and work hard for something she wants. The training that Northern Kentucky Soccer Academy provides is intense but my daughter looks forward to it each week.

Over the last few weeks, I’ve seen how these skills have translated in her life off the field. The 18 members of Team Fusion, who joined together earlier this fall, have become fast friends. These girls truly enjoy being together. And although they haven’t had a lot of wins on the field, they have learned how to work well together on and off the field.

Two weeks ago the girls had a two hour break between games. We set up lunch for the team and cornhole for the parents. The girls discovered several ears of corn nearby. Next thing we know, the team is sitting in a circle shucking corn. They then scraped the corn off the cob into a large box. This may seem like such a silly task, but they worked as a team to do this. They were laughing and working together the entire time. They were entertained, saved their energy for the next game, bonded and used teamwork to accomplish a goal they set for themselves. They then decided to give the corn to their coach so he could feed the squirrels in his yard.

On Friday, the coaches and a few parents took the team to watch the NKU men’s soccer game. The girls were so excited to cheer their trainer Kevin on during the game. Earlier that week the girls devised a plan. Several of them met at one house immediately after school to make posters and T-shirts. Five of the girls made shirts that went together K on one shirt, E on the next, V on the next and well you get it. The girls worked together for about three hours on their shirts and posters.

Although I love soccer, I often feel that my life revolves around it. However, it is times like these that make me know it’s totally worth it. My daughter has created long-lasting friendships, learned to work well with other people on many levels and become more confident on and off the field. I’ve also had the opportunity to make good friends by sitting on the sidelines week after week with the same parents.