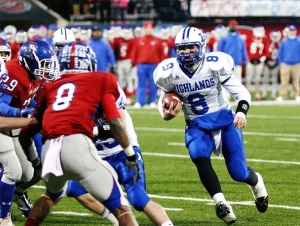 A, my 12-year-old daughter, has been going to the football games with her friends for a couple years now. In fifth grade I knew all the girls stayed together and I lived across the street so I could be there quickly if needed. Sixth grade came and went without too much worry.

Now seventh grade… A’s friend, P, arrived to our house an hour before the game Friday night. They spent the entire time primping. As they come down the stairs I notice that their hair is no longer in ponytails. Instead it’s straightened and styled. A was wearing mascara while P fashioned full eye makeup, a little too much if you ask me. They both wore their tall brown stylish boots and had selected their outfits very carefully.

I was driving A and P to the game when P got a phone call. It was obviously a boy. She was giddy and even blushing.  They were deciding where to meet at the game. I suddenly realized my daughter wasn’t going to the game with just P. There would be boys there. Boys who want to hang out with them. Boys who might like them. Boys who obviously like P. I’ve known P since she was 7 and her mom and I are good friends. I wanted to turn the car around. I didn’t.  Instead, I blurted out… No kissing boys at the game! I immediately heard “mommmmmmmm!” in a high pitch squeaky voice from my daughter and “I didn’t plan on it” in a very calm voice from P. I don’t think I believed P at that point.

I pull up to the school (which I no longer live across the street from) and remind them to stay together, not to talk to strangers, keep their cell phones on and to meet me promptly at 9:15. I see their eyes roll because they have heard this spiel from me at least 100 times.

I wish they just wanted to stay home with mom and watch a movie or play a board game. Ah, those were the days!